Want to Nail Media Interviews? Think Like a Journalist 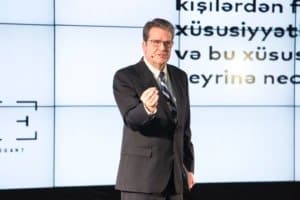 Message from Allison: This month, I’m thrilled to feature our talented trainer and coach Bill Beaman whose 30 years in journalism make him an incredible media trainer. To work with Bill, please contact us.
___________

In media training, there’s a common mantra: “Control the interview and get your message out.” Well, sure. You have to create eloquent and concise messages and become adept at bridging and flagging to get them out. (Haven’t mastered those skills? Have I got the media training for you!)

Learn these and a few other fundamentals and you can emerge from most interviews—print or broadcast—feeling pretty good. You heard yourself say your core messages, even repeat them, and you responded artfully to questions that could have derailed you. But here’s the thing: controlling an interview is not the same as nailing it. After many years on the media side, leading to my career in media and public speaking training, I’ve become convinced there’s a critical piece that is missing from most coaching. You have to understand the mindset of journalists—their motivations, tactics, and yes, tricks—and then leverage this knowledge to own the interview.

In the training I provide, my clients undergo “soft” and “hard” mock interviews (think upbeat morning shows vs. aggressive “60 Minutes” style evening programs). In all cases, they go into interviews with a sense of what the journalist wants, needs and expects, and how they’ll likely conduct the interview as a result.

How does this knowledge shape the media training? Here are three quick examples:

You need more than messaging. You need a narrative.

Journalists like concise and memorable phrases, so you need to craft messaging that pushes those buttons. But more than that, your messages should help tell a story. That’s because journalists think in terms of narratives, with compelling themes and a clear story arc. More often than not, they don’t care if their reporting helps you or hurts you; they have an editor to please, which means producing a story on deadline that attracts readers or viewers.

And there’s your opportunity. Make the journalist’s job easier by giving them a narrative to run with. Let’s say you have developed a medical product that can dramatically reduce a person’s risk of flu. If you say in your interview that your product is a breakthrough because it protects people more effectively than standard vaccines, you have said something interesting. If you add that your small entrepreneurial company is facing resistance from influential corporations that produce vaccines, then you have said something irresistible. Now the journalist has a David and Goliath story to tell—thanks to your gift of a strong narrative. Whether you’re interviewed for a print story or taped for later broadcast, you’ve made it much more likely you’ll be happy with the result. If it’s a live broadcast interview, you’ve communicated a story that viewers will remember and that other journalists will want to follow up.

You may also need a counter-narrative.

It’s not uncommon for a journalist to arrive for your interview with the story already written in their head. Unfortunately, it may not be the story you have in mind at all. In that case, you not only have to be ready with an appealing narrative, but you’ll need to show why your alternative story is the better one.

The key here is to anticipate the worst-case storylines and build into your interview preparation the best responses to them. That may involve correcting false information or pointing out misguided conclusions. Or it could mean trumping a legitimate narrative with one that is sexier to the journalist. Whatever the hurdle, your tactic is to come across as calm, reasonable and helpful. If you push back too aggressively, the journalist may protect their ego by doubling down on their storyline. If you seem nervous and defensive, the journalist may sense blood in the water and try to make even more out of the negative story.

Again, remember that the journalist needs a powerful story more than anything else. Make it as easy as possible for them to pick yours over theirs.

You need to know their trick of silence.

The hard-nosed television reporter Mike Wallace was once asked if he had a favorite question to ask during an interview. He replied, “Oh, yeah, I ask it all the time: ‘And…..?’” Wallace was revealing one of the most common tactics a journalist employs. It’s a version of strategic silence—in this case, asking a question that implies you haven’t been a good and forthcoming interview yet, followed by a long, uncomfortable pause. In other words, the interviewer is giving you another opportunity to say what you shouldn’t. It’s remarkably effective too. In mock interviews, I can usually get clients to say something they never intended by playing off our instinctive need to fill silence and to please.

What these clients come to realize is that a journalist uses this trick when they know they haven’t yet gotten the story they desired. Since you wanted your narrative to triumph, not theirs, this is a very good sign. Their storyline is coming apart so your best response to their protracted silence is to reinforce your own narrative by repeating your messaging. At the very least, you will avoid the trap they set and not have to undo self-inflicted damage later on. At best, the interviewer will abandon their narrative and embrace the storyline you’re offering them.

After this quick peek inside the brain of journalists, you may feel like avoiding media interviews altogether. Don’t. If you have important things to say, you should welcome opportunities to get your story out. Commit yourself to understanding the journalist mindset and you’ll have your blueprint for success.
___________ 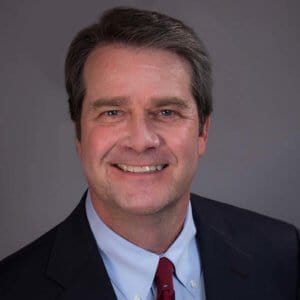 Bill Beaman comes to Global Public Speaking with decades of accomplishment in international journalism and extensive experience as a public speaking coach and media trainer. Bill has worked with clients at the highest level—from CEOs to government officials to Supreme Court plaintiffs—to assist them with critical messaging. He also teaches Strategic Communication and Public Speaking at American University.